Matt Folden Lost His Life at the Hands of Police

Many Questions on Police Killing in Wenatchee Washington

Suspecting he had a knife, and with only seconds of warning, police opened fire, and shot Folden three times.

Police released a statement saying that Folden was "confrontational" and "armed". Local media outlets printed the statement, without any investigation into the events, with headlines reading, "Police shoot, kill screaming man with knife", and "Police: Wenatchee officer fatally shoots 31-year-old 'confrontational' man with a knife." Witness accounts and Facebook videos, at this time, all contradict the WPD statement.

"We were there, there was no knife and the cop had no reason to fear for his life," Rich Summers, one of the eye witnesses said. Summers posted a video of the aftermath showing police pointing their guns at Foldens unconscious body before handcuffing him. Other witnesses can be heard discussing whether or not they saw a knife after police told them they shot Folden, because he was in possession of one. "It looked like he was holding his necklace," one man said in the video. "I didn't see a knife."

"We were there, there was no knife and the cop had no reason to fear for his life," Rich Summers, one of the eye witnesses said. Summers posted a video of the aftermath showing police pointing their guns at Foldens unconscious body before handcuffing him.

The officers then turn around pointing their gun at another person who was running toward Folden's body. Witness facebook accounts say that it was his girlfriend. The two men talking in the video question whether the cops were trying to shoot her as well.

Another witness, gave her detailed account of the events that led up to the shooting. That witness said that Folden had been stumbling around the parking lot of the shopping complex, and that his girlfriend was looking for him. The witness said she saw a man, presumed to be a semi truck driver, and that he was on the phone when Folden said something to him. She said Folden then walked right in front of her car, at which time she noted that she saw no knife on him. 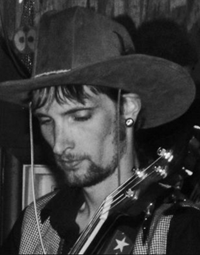 The husband of the witness and her 10-year-old daughter then came out the Albertsons doors as police pulled up, slowing down as her daughter ran toward her car. An officer then got out of the car, telling Folden to put his hands in the air. Folden was heard saying something as he is headed in the officer's direction and the officer opened fire, killing him.

The police statement seemed purposefully vague describing Folden as "confrontational", and "armed". As I understand it, that could mean anything including that he yelled something and had something in his hand.

With everything shown in the video, and everything the witnesses reported so far, it seems fairly evident that Mathew Folden did not need to die. Even if the police account of the events were true, Folden was at a safe enough distance to taze, or back away from before resorting to fatal measures resulting in the taking of his life.

Friends, along with concerned citizens and others who have lost someone to police violence, are calling for justice and working together to organize for change. It is my hope that this Web Site will help to facilitate that call for change.

Imagine a world where magic words absolve you of murder. Once you say the words, "I had reasonable fear," prosecution has to prove that fear did not exist. 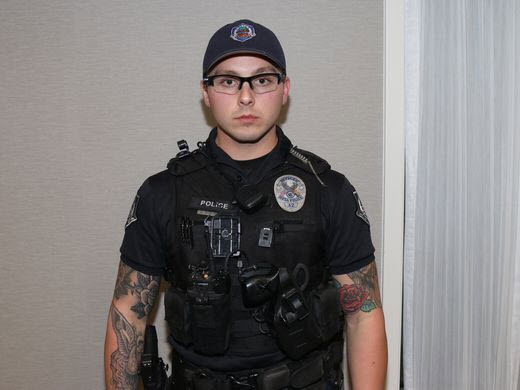 Reasonable fear is not something that can be easily proven in the court of law. The slightest action can be identified as the cause for reason and there is no measuring device, or truth serum available to determine whether or not an officer felt fear.

Now imagine if you will, that a man were to take another man's life, and in order to convict this man, society had to depend on his coworkers and friends to investigate the situation in order to determine whether or not he had this, "reasonable fear," required to let him get away with the killing. 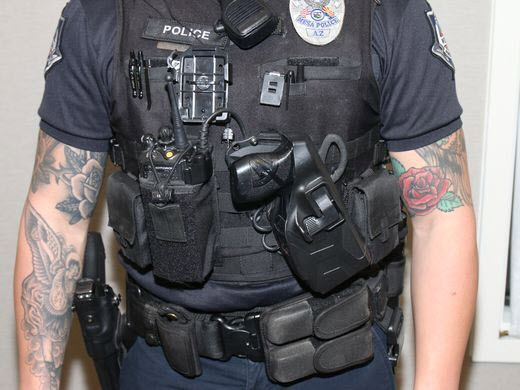 Then, if his friends have decided that it was worth pursuing a trial, you have to prove that he did not have reasonable fear to the community who believes this person is more trustworthy, simply because of his occupation, than someone they don't know.

This is the practical immunity every police officer seems to enjoy.

Video evidence of the brutal Mesa, Arizona shooting of Daniel Shaver, by officer Philip Brailsford was released on Thursday. The footage showed Brailsford running Shaver through an absurd and deadly game of "Simon Says," before ordering him to crawl towards him (a very unusual order from an officer), and then opening fire on Shaver, shooting him in the head after Shaver appeared to reach to pull his loose fitting basketball shorts back up. Never mind that the typical firearm is too heavy to remain concealed in falling basketball shorts under the stress of the officer's commands.

A Mesa detective, who investigated the case, said he did not see anything that would have prevented officers from simply handcuffing Shaver as he was on the floor.

Brailsford, a former marine turned officer of the law, who had the words, "you're fucked," etched into the side of his assault rifle, claimed he feared for his life. In an unusual circumstance the investigation lead to a charge of 2nd-degree murder against Brailsford, who was later acquitted at trial without his even seeing the inside of a jail cell. He was never detained by police during his trial, another luxury not afforded the common citizen charged with such an egregious crime.

I have had several arguments in the last couple years about police shootings. The unshakable "blue lives matter"' folks tend to rely heavily on the argument that officers know better how to deal with the circumstance than we do. This absolves police, in the mind of their defenders, of any action caused by possible shitty training, or ignorant misstep, whether on purpose or blundered by buffoonery.

Fence walkers chime in on these arguments and insist that both sides "wait until all the evidence is out". More often than not, however, the evidence never seems to appear. Any surveillance or body cam footage is usually seized by the officers on the scene, leaving the general public with nothing but witness testimony and police reports.

Another rare exception that only seems to hold true when police do the killing, is that the killer is automatically considered to be the most reliable source. Newspapers profile the officer and his or her accomplishments vs. any misconduct the victim may have been accused of in their past. Uniformed officer's pictures are printed next to mug shots or menacing photos of the dead victim.

We saw this in the case of Mathew Folden, when the Wenatchee World published an article praising officer Albert Gonzalez for his heroic deed of performing CPR on a man suffering from a drug overdose. He was awarded and hailed a hero for doing what is required of anyone, in some states, who knows CPR and witnesses cardiac arrest. Then the paper decided to print 3 arrests from Folden's record, none of which were substantial enough to ever lead to a conviction. The paper never once mentioned the missteps of Gonzalez that lead to an auto accident when he worked for the Quincy police department. 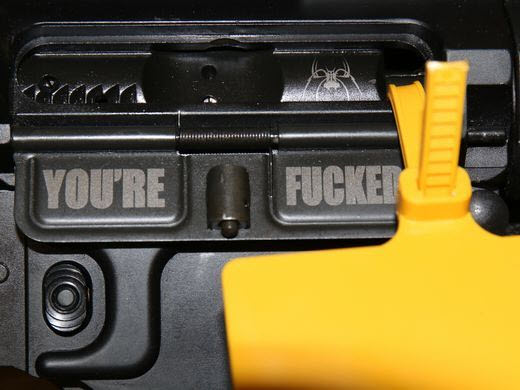 At a time when police are becoming more and more militarized, and Republicans are pushing state legislation that would allow people to run over protesters with their cars, (one obliged in Charlottesville over the summer, killing anti racist demonstrator Heather Heyer), and private security firms, run by ex-delta force members are spying on citizens for big business, nothing should be more concerning than the carte blanche that officers seem to have when it comes not only to discharging their weapons, but shooting people to death. No need to sugar coat it with the flowery language of police Public Relations.

I'll spare my readers of any Nazi party comparisons and make a general one instead. Every alleged brutal dictator is accused of militarizing police, taking away people's right to protest, killing people at will who disobey, and criticizing the media as liars. You are not allowed to disobey, even when the officer is in the wrong. Doing so could result in your death, and there is nothing you or your loved ones can do about it except sue the department.

I mean... Sit with that for a second.

Share
More information will be posted on this site when available

Anyone with information in this case is requested to call the Chelan County Sheriff's Office Tip Line at (509) 667-6845 regarding case number 17C08486.

Matt Folden was an energetic and loving human who was very passionate and very loved. He left behind his beautiful family: Courtney, his beautiful partner and the mother of his 6 month old daughter Bodhi, and his son Travis. 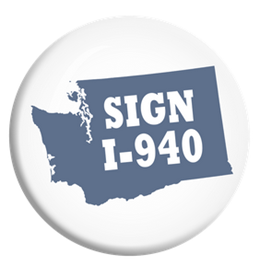 This measure would require law enforcement to receive violence de-escalation, mental-health, and first-aid training, and provide first-aid; and change standards for use of deadly force, adding a "good faith" standard and independent investigation.